A sonic socio-ecological exploration on Svalbard Islands: the project The Svalbard Suite 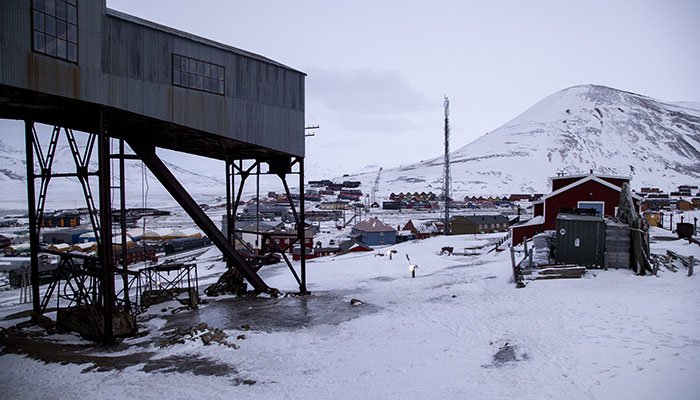 In Testimonies research actions XI the band Blind Cave Salamander proposes the streaming of Omar Bovenzi’s documentary on Svalbard Islands (and on people who live and work there) La Parte che Avanza / Still Lingering, whose soundtrack was composed by Beauchamp & Palumbo, and the video version of Blind Cave Salamander’s album The Svalbard Suite, created specifically for this online edition of the festival by Bovenzi himself, with images filmed in Svalbard Islands.

The Svalbard Suite, sixth album by the electro-acoustic duo Blind Cave Salamander, released in 2019 by Hypershape Records, is the result of a residency and two trips to the Svalbard Islands. A sonic socio-ecological exploration, part of a project realized in collaboration with the theatre company Il Mutamento Zona Castalia, Omar Bovenzi (videomaker) and Gianni Colosimo (visual/performing artist), which includes also a documentary, a short movie and a theatre piece inspired by the stunning geography of a land «at 12 latitude degrees from the North Pole, where humans are outnumbered by polar bears, where the plant seeds from all over the world are stored under the permafrost, where there are no armies and you can’t be buried. One of the areas on Earth most affected by global warming». The album, engineered and mixed by Paul Beauchamp and mastered by James Plotkin, is based on recordings made on field, treated and enriched by the musical textures of Paul Beauchamp and Fabrizio Modonese Palumbo, featuring the american experimental band Xiu Xiu, the miners chorus of Longyearbyen Store Norske Mandskor, and cello and electronic player and composer Julia Kent.

The prestigious experimental music blog «A Closer Listen» has included The Svalbard Suite in the Top 10 albums of soundscape of 2019, and Alias, in the italian newspaper “Il manifesto”, has mentioned it as on of the best five albums of 2019.